Fireflies: A Father's Tale of Love and Loss (Paperback) 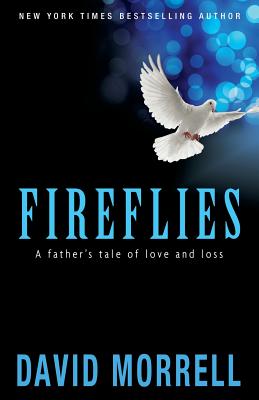 Fireflies: A Father's Tale of Love and Loss (Paperback)

In the bestselling novels of suspense master David Morrell, fear is the main subject. But Morrell himself had never known genuine terror until he watched his 15-year-old son wage a heroic but doomed struggle with cancer. This is one father's powerful and unforgettable story of fierce love, impenetrable loss, and an unexpected, breathtaking encounter with the miraculous. Ultimately, Fireflies is a tribute to the undying human spirit that has already given new hope to enthralled and grateful readers around the world. David wrote this account for himself, but to his surprise, his candid portrait of grief turned out to help other people in grief or else the friends of those in grief. His discussions about panic attacks as well as the "could have, should have" syndrome and the stress within marriages after a child's death are some of the reasons that David was asked to deliver several keynote speeches to national conferences of The Compassionate Friends, the world's largest grief organization-for the parents, siblings, grandparents, and friends of children who have died. "I found myself almost speechless....It left me feeling shaken, uplifted, and terribly moved." -Stephen King, New York Times bestselling author of Doctor Sleep "A powerful experience I shall remember for a long, long time. Thank you, Mr. Morrell, for sharing so much love so electrifyingly." -Robert Ludlum, New York Times bestselling author of The Bourne Identity "I was enormously impressed....One of the most poignant and passionate religious quests you will ever read....Don't miss this story of how good people respond to bad things." -Father Andrew M. Greeley, New York Times bestselling author of Angel Light "A story that should have meaning and truth for every parent." -Los Angeles Daily News "A heartbreaking and inspiring account of devotion in the face of death." -Detroit Free Press.