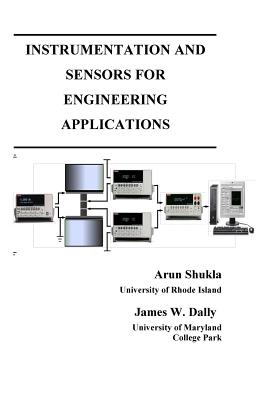 The first four chapters provide the foundation for understanding circuits, analog and digital signals, measurement systems and instruments for measuring voltage. Chapter 1 is an introduction to applications of measurement systems, where engineering measurements and process control are described. Chapter 2 provides methods for analysis of circuits. It includes a brief review of electrical and electronic principles important in understanding the operation of instrument systems. Chapter 3 covers digital recording systems and contains detailed descriptions of the analog-to-digital and digital-to-analog conversion processes. Chapter 4 gives a detailed description of potentiometer and Wheatstone bridge circuits, which condition sensor output. Also included is a treatment of several types of amplifiers and filter circuits.

Chapters 5 through 10 deal with methods for measuring many different mechanical quantities. Chapter 5 describes sensors for measuring displacement and velocity of an object when a fixed reference for mounting the sensor is available. Optical methods including interferometers and digital image correlation have been added to this coverage. Chapter 6 provides an extensive treatment on the measurement of strain. It includes signal condition circuits, recording instruments, calibration methods, lead wire effects, electrical noise and the effect of temperature. Methods of converting strain to stress for different types of stress states are covered. Finally mechanical and optical strain sensors have been introduced.

Chapter 7 covers methods used to measure force, torque and pressure. The emphasis is on the sensors (transducers) employed. Methods for designing transducers are introduced. Finally the important topic of the response of transducers is developed for both a ramp and sinusoidal forcing functions. Chapter 8 deals with measuring temperatures that range from cryogenic to plasmas. Sensors such as the RDT, IC, thermistor and thermocouples and recording instruments are described. For very high temperatures the pyrometers used for both point and full field measurements are treated. Chapter 9 deals with measurements of fluids flowing in space, in open and closed channels. Pitot tubes, anemometers and turbine flow meters are described. For flow in closed systems the venturi and orifice meters are covered. Weirs are treated for measuring flow in open channels. A brief coverage for measuring flow in compressible fluid is given.

Chapter 10 deals with the most difficult topic covered in this textbook as it addresses measurements that cannot be made relative to a fixed reference. To manage this constraint, a seismic transducer model is introduced. This model is represented as a second order differential equation. Analysis of the seismic model indicates that it can be designed to accommodate different sensors with outputs that give the force, pressure, displacement, velocity or acceleration. Two types of sensors are employed with the seismic transducers--piezoelectric and more recently piezoresistive.

Chapters 11 and 12 are different because they do not deal directly with measurements. Instead Chapter 11 provides a brief coverage of those topics in Statistics that are commonly employed in analyzing data and in reporting the results from experimental studies. Chapter 12, which is entirely new, deals with a systematic approach to preparing technical and laboratory reports. Engineers are required to write reports to management, their peers and others outside their firms. This chapter outlines an approach for preparing well received documentation of design developments and of experimental measurements.