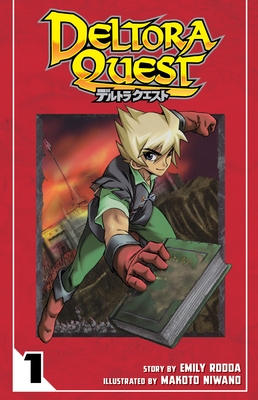 This is book number 1 in the Deltora Quest series.

The kingdom of Deltora is turned upside down when the King and Queen both die mysteriously and their young son, Endon, is given the Belt of Deltora and pronounced kind.  Endon's best friend, the orphaned Jarred, then discovers a plot to strike at the royal household from within!  Before he can warn his new kind, Jarred is accused of murder and barely escapes the castle with his life, but this does not stop the intrepid warrior from pledging his allegiance to Endon and the Kingdom of Deltora.

Now, with the nefarious Shadow Lord's army preparing for invasion, Deltora has never needed Jarred more-- will he answer the call?
Emily Rodda has been writing professionally since 1994. Deltora Quest, which is just one of several YA series she has written, has been released in many languages throughout the world. The author lives in Australia.