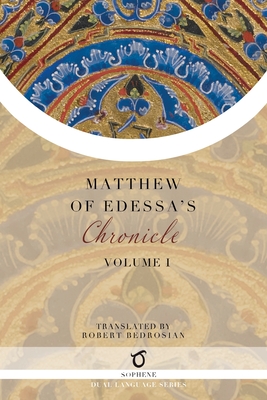 Matthew of Edessa's Chronicle is a valuable source for the history of the Near East in the 10th-12th centuries. Matthew's work describes the period from 952 to 1129. Appended to it is a continuation by Gregory the Priest, which describes events from 1137 to 1162. Western scholars have used the Chronicle primarily for its unique information on the Crusades. It contains, additionally, invaluable information on Byzantium, the Arabs, Seljuks, Persians, and especially the Armenians, both secular and clerical, both lords and louts. Volume I was written over eight years (1102 to 1110), and covers the period from 952 to 1052.

The Sophene Dual Language series places the Classical Armenian text side-by-side with its English translation, making for the most accessible editions of the finest works of Armenian literature.

The edition was translated into English by Robert Bedrosian.