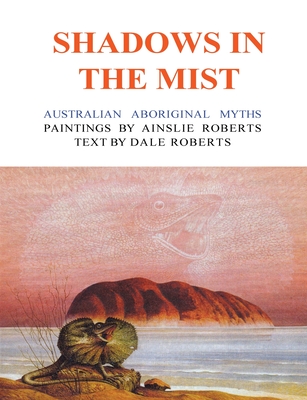 The Dreamtime myths of the Australian Aborigines are indeed an inseparable part of their life and their landscape. Their beliefs, expressed through those myths, form the very basis of their culture.

This book presents a selection of Ainslie Roberts' artistic interpretations of those beliefs. The mystical conditions known to the Aborigines collectively as the Dreamtime belong to a time in their past - some 40,000 years ago - when their ancestral creators made their world. These creators shaped every feature of the earth: all the hills, the rivers and seas, all the plants and creatures and all the natural forces.

Before this time of creation, Aboriginal earth had always existed as a large flat disc floating in space. Its uninhabited surface was a vast featureless plain, extending unbroken to the horizon. But beneath that monotonous surface were strange indeterminate forms of life that would eventually transform the forbidding landscape.

And so they did. Mythical beings, many resembling giant creatures, began to emerge from out of the mists of time. They wandered all over the earth, shaping it into the world that the Aborigines know today. A man's Dreaming merged with the Dreamtime.