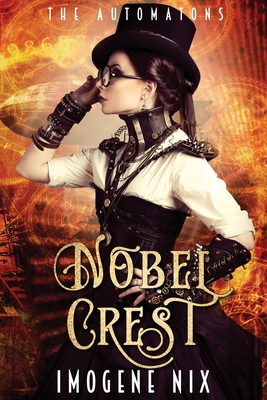 Evil across generations is an ugly thing, but even more so when rational thought it absent.

The adopted daughter of Amaryllis and Damien Whitmore, Francesca has a lot to prove, not only to herself and the world, but also to the Nobel family. When Adam, the patriarch of Nobel Crest took her under his wing, the whispers started, and they didn't end at his death. Now as a trained Physiotraducere, she's making a difference in people's lives... not just by aiding them after the loss of a limb, but also running the Whitmore Foundation.

Raphael Nobel thought the worst of Francesca. He bought into the idea that she'd used his father, and after the reading of the will, allowed himself to be used by his brother, Edward, now head of the house. Meeting her years later, he realises the mistakes he's made. When Damien asks him to protect Francesca from Travis Haven-a man with a grudge against the Whitmore family, he accepts.

Now, with the safety of Francesca, danger on every front and his brother's interference, they need help, because there's so much more than Nobel Crest at stake. The survival of their hearts are too.

Warning: This book contains cultist and coercive scenes some may find distressing.