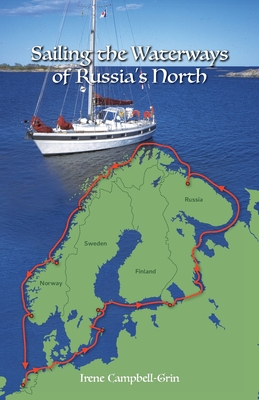 A fascinating memoir of the Baltic Millennium Rally - a sailing adventure together with Russian sailors in the summer of 2000 to celebrate the turn of the millennium. The voyage involved sailing to St Petersburg, inland to Petrozavodsk, on to the White Sea and Barents Sea, and home via North Cape and the west coast of Norway; a circumnavigation of Scandinavia. It was the first time the London-based Cruising Association had organised such a long-distance rally.

Irene Campbell-Grin invites you on board and lets you experience the joys together with the many challenges that she and her husband Gordon faced on their boat "Fereale", in an expedition not many people have the courage to undertake. This was at a time when Russia was trying to open up to the world and the world to them. Her unique day-by-day account describes in detail the once-in-a-lifetime experience. It gives a glimpse into the country's notorious bureaucracy, but also shows the kindness and generosity of the many Russians they met on their way. Ultimately it proves how boating brings people together.

It is the story of Gordon and Irene's love of the sea.