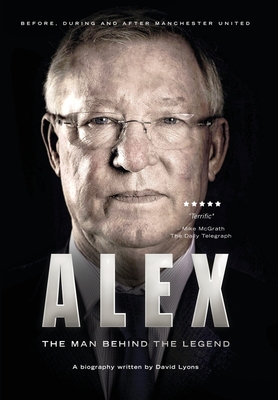 BEFORE, DURING AND AFTER MANCHESTER UNITED

Alex is the most up-to-date biography of Sir Alex Ferguson-the most decorated manager in British football history.

Find out how he recovered from his brain surgery in 2018.

Why he appointed David Moyes as his successor.

How livid he was when Moyes was sacked ten months later.

This book also takes a deep dive into Alex's relationship with the Glazer family and how he views the work carried out by Ed Woodward.

From nought to eighty, this is the most complete biography ever written about Sir Alex Ferguson.

"A portrait of a genius for anyone wanting to know what makes Fergie tick. This is the Fergie factor explained."

"A fitting and wonderful tribute to the greatest football manager of all time."

"A terrific journey through an incredible life."