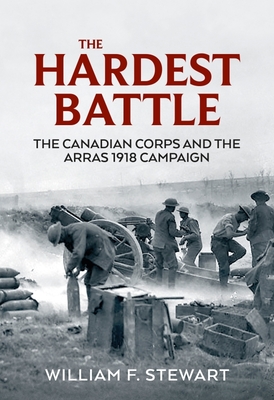 
Coming Soon - Available for Pre-Order Now
The Canadian Corps' Second Arras campaign was its most significant operational assignment of the war. More pivotal than Vimy, Passchendaele, or Amiens, its task was to smash through a 15-kilometer zone of five fortified positions including the formidable Drocourt-Qu ant Line and then cross the Canal du Nord. In doing so, it would rupture the German defenses on the Western Front. The commander of the Canadian Corps, Lieutenant General Sir Arthur Currie, considered the Corps' actions in the campaign as 'the hardest battle in its history.' In his diary, he wrote he thought it a greater victory than Amiens.

The German High Command, well aware of the sector's vital importance, defended it with all they had. The German formations that fought there deemed it momentous. Multiple elite divisional histories regarded it as one of the high points of their service in the First World War. Three German commanders received the rare Pour le M rite, the highest German military order, for their performance at Arras 1918.

As Corporal Albert West of the 43rd Battalion wrote, 'If Germany cannot hold us here she cannot hold us at all.' It represented the German's best opportunity to stop the Canadians during the Hundred Days. Unlike Amiens, the enemy expected an attack, defended a deep and heavily fortified zone, had ample reserves, and was fighting over terrain scarred by years of intense combat. Depleted in numbers, tired, and with lowered morale, German infantry - Landsers - still fought staunchly when they had the advantage. Their machine gunners continued to battle with skill and died hard. Hostile artillery was not the formidable force of 1916 and 1917, but it was difficult to fully suppress it. It remained a factor despite the best Canadian efforts. Unlike Amiens, the famous tank battle, the Corps did not benefit from surprise, masses of tanks, or an elite corps on its flank. Instead, it experienced hard, brutal combat at an unrelenting pace. What is more, the battle opened with only two of the Corps' four divisions. At no point did Currie have all four Canadian divisions available to attack.

The book chronicles and analyses the nine-day campaign running from 26 August to 3 September 1918. Based on exhaustive research from Canadian, British, and German sources, it provides an in-depth operational history of the campaign that explains the Canadian Corps' successes and failures. While it did reach the Canal du Nord, it could not cross it, but it still triggered a large-scale German retreat across a broad front. It provides a lens to examine why the Corps was so much more successful than the British had been in 1917 on the same ground. This then gives the necessary context to provide an answer to a larger question of men, mat riel, morale, or method as the prime reason for the German defeat and Allied victory in this stage of the Hundred Days campaign.