The Long Walk with Little Amal: The Official Companion Book to 'The Walk', 8000 Kms Along the Southern Refugee Route from Turkey to the U.K. (Paperback) 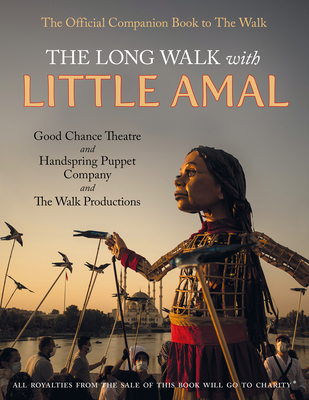 The Long Walk with Little Amal: The Official Companion Book to 'The Walk', 8000 Kms Along the Southern Refugee Route from Turkey to the U.K. (Paperback)

From July to November 2021, Little Amal, a 3.5m-high puppet created by Handspring Puppet Company ('War Horse') will travel 8,000km from the Syria-Turkey border along the established refugee route through Europe to the UK, ending at the Manchester International Festival. With 100 theatrical events in 65 cities, along the way, 'The Walk' will be the world's largest live performance and its aim is to celebrate the contribution that migrants and refugees make to the cultures and communities through which they pass and to the countries in which they find a new home.

With an introduction by Nizar Zuabi (artistic director of Good Chance) and an afterword by David Lan (formerly of The Young Vic and one of the producers of 'The Walk'), The Long Walk with Little Amal is the official companion book to a cross-border collaboration on a magnificent scale. The journey is documented by award-winning photojournalist Andre Liohn and contributing essayists include: PEN International Writer of Courage Samar Yazbek (Syria); prize-winning Turkish-Kurdish novelist Burhan Sonmez (Turkey); Greek-Armenian literary and crime writer Petros Markaris (Greece); Prix Goncourt-winning author and film director Philippe Claudel (France); Children's Laureate Cressida Cowell (UK); crime writer Olivier Norek whose fiction has been set in Calais' The Jungle (France); and bestselling author Timur Vermes (Germany).