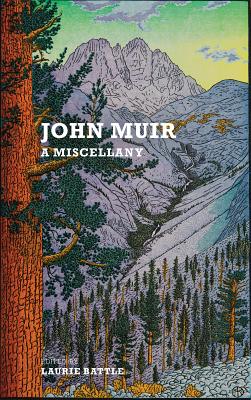 
Usually Ships in 1-5 Days
"The tendency nowadays to wander in wilderness is delightful to see. Thousands of tired, nerve-shaken, over-civilized people are beginning to find out that going to the mountains is going home; that wildness is a necessity; and that mountain parks and reservations are useful not only as fountains of timber and irrigating rivers, but as fountains of life."

The words could have been written yesterday, in any part of the world where people feel trapped by the excesses of modern life. John Muir's stature as a visionary leader was already on the rise on New Year's Day, 1898, when the above passage first appeared in print. Muir was president of the Sierra Club, which he had cofounded in San Francisco six years earlier. Harvard University and the University of Wisconsin had recently awarded him honorary degrees. Influential editors were encouraging him to share his ideas with a wider audience. Muir's reverence for nature and uncompromising integrity would ultimately play a vital role in awakening the American public to the need to rein in rampant industrial development before it was too late.

Scots born John Muir was happiest heading off into the wild with a loaf of bread, a bag of tea, a journal and sketchbook, and a head full of dreams. He was a modern-day Merlin, a real-world Gandalf who showed how much one determined, hard-working individual with a song in their heart can accomplish.

John Muir: A Miscellany is a gathering together of a rich and hugely entertaining collection of Muir's writings. His writing is as relevant now - possibly even more relevant - than when it was first published over 100 years ago.