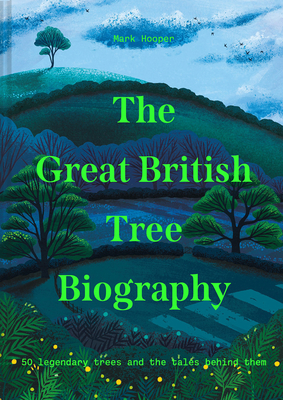 How much do we know about the Glastonbury Hawthorn? This is a tree on the site of Glastonbury Abbey that flowers on Christmas Day, and is believed to descend from an original thorn planted on the grounds by Joseph of Arimethea. And then there's Oswald's Tree, where the dismembered body of Oswald, the Christian King of Northumbria was said to have been hung by Penda, King of Mercia, as a warning to others--and from where the town of Oswestry takes its name.

Inspired by the history of Britain, from the tree under which the first trade union was formed to the branches from which outlaws were hanged, this collection features stories behind 50 historical trees, arranged in chapters per species.
Mark Hooper is an award-winning editor and journalist. He has edited various magazines, including Hole & Corner from launch, and is a regular contributor to Wired, Wallpaper*, and the Guardian. Mark has also worked as a copywriter for various brands and advertising agencies. He is the co-author of The Story of Tools.