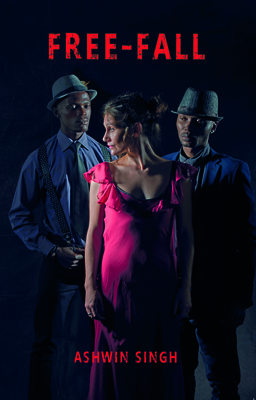 A South African journalist, Karen Strydom, is in hiding in the little Indian township of Reoca, in the house once

Having witnessed the murder of a well-known political donor by successful businessman Paul Sibisi, Karen knows her life is in danger if she tries to publish her account of the incident.

That's not her only challenge - the ghost of Seema Sewlal has appeared - and she's unwilling to believe that she is dead.

With corruption on all sides, how will Karen survive to tell the truth, and who can she trust?

Ashwin Singh is an award-winning playwright, actor, director and filmmaker. He has also been a practisingattorney as well as an academic.Singh's drama anthologies, Durban Dialogues, Indian Voice (2013) and Durban Dialogues, Then and Now(2017), published by Aurora Metro Books, are being studied and/or referenced at universities in South Africa, Mauritius, India, Canada and Europe. A book of articles on his plays, Durban Dialogues Dissected, An Analysis of Ashwin Singh's Plays, written by academics and cultural practitioners from four continents was published in 2020 by African Sun Media. His theatre productions have travelled throughout South Africa as well as to India and London.Singh's debut documentary film The Cane Cutters' Transcendence (2021) was selected for festivals in SouthAfrica, Kenya, India, New Zealand and the UK. It won awards for best documentary feature at The Global Indian Film Festival, The Ideal International Film Festival and The Reels International Film Festival.Singh's debut novel, Shooting was published in 2021 by MicroMega Publications. He is also a published poet and academic author.Singh is currently the artistic director of The Singh Siblings (Pty) Ltd.