Conversations before Silence: The selected poetry of Oles Ilchenko (Paperback) 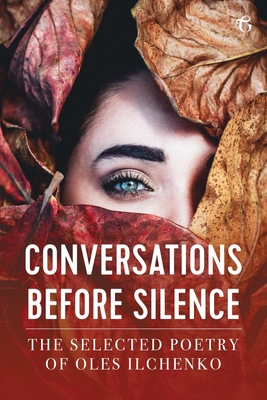 Conversations before Silence: The selected poetry of Oles Ilchenko (Paperback)

An avid reader of English-language poets such as William Carlos Williams and Stanley Kunitz, Ilchenko is one of the best Ukrainian poets writing in free verse today. His poetry is associative, flitting, and fragmentary. At times he does not form complete sentences in his poems and links words together into phrases before shifting into another thought or idea. The language of his poetry has a tendency to collapse into itself, often forcing the reader to reevaluate a word or line, to reread a previous word to focus on the poet's inner logic. This fragmentary incompleteness and permeability mimics much the way human consciousness works without the filter of the written communicative convention of sentences and grammatical structure. This "slipperiness" and rapid shifting of voice comprises one of the essential invariants in Ilchenko's poetics. The poet also flaunts many traditional poetic Ukrainian conventions. Like ee cummings he tends to avoid capital letters or punctuation such as exclamation points. One will find only commas and dashes for pauses, and an occasional period in his poems, which do not always end with the finality of that punctuation mark. In doing this, the poet often suggests a fragment or slice of his life broken off on the page and to be continued at some point in time. He is a fascinating poet whose idiom and unique manner of expression translates seamlessly into the poetics of contemporary English.