You're Next: Lies, Corruption and the Dirty Business of Vaccines (Paperback) 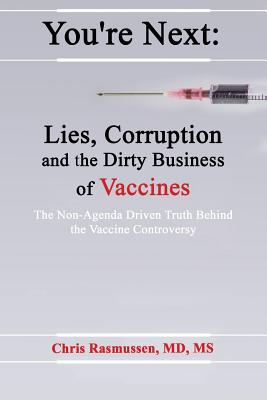 You're Next: Lies, Corruption and the Dirty Business of Vaccines (Paperback)

By the Supreme Court's own admission, vaccines are inherently unsafe. Within these pages Dr. Rasmussen reveals a shocking secret that government and drug companies do not want you to know.

It's an established fact that drug companies have devolved into rapacious engines of greed. Tragically, their blood money has deeply influenced the American Academy of Pediatrics and the CDC, creating a dangerous conflict of interest for members of the Advisory Committee on Immunization Practices (ACIP).

This unholy alliance has directly led to over-vaccinating our children solely for profit.

As a consequence, we are seeing the replacement of communicable diseases with chronic nervous system and autoimmune disorders through the CDC's vaccination program.

We are being systematically injured, poisoned, and killed for drug company profits, and to enrich the bank accounts of corrupted officials who have sworn to protect us. This explosive book is a warning to everyone that you're next. Read on and take heed.