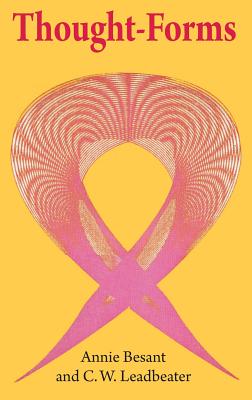 Thought-Forms, the standpoint of Theosophy, describes the visualization of thoughts, experiences, emotions and music.

In 1895, the authors began to investigate "the subtle matter of the universe". They were interested in the human mind as, according their claim, the workings of the mind "extrudes into the external world" as expressed by "thought-forms".

In September 1896, Besant described how "two clairvoyant Theosophists" had started "observing the substance of thought". She published an article titled "Thought-Forms" in the Theosophical Society's journal describing these experiences. The article eventually was expanded upon to produce this "small but influential book", first published in 1901, which contains colour pictures of thought-forms that the authors said are created "in subtle spirit-matter".

This new edition includes all the illustrations in either colour or black and white as they were originally published.