Borders Up!: Eastern Europe through the bottom of a glass (Paperback) 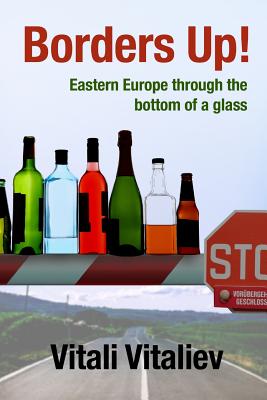 Borders Up!: Eastern Europe through the bottom of a glass (Paperback)

One would assume that with the collapse of Communism, East Europeans would drink much less than before. A democratic society should surely be able to provide many more means of escape than alcohol - books, free press, foreign travel and the cornucopia of consumer goods.

The reality, however, is very different; drinking in the post-communist Eastern Europe has increased dramatically since the fall of the Berlin Wall, and most of the new democracies of Europe came top of the list of the world's fastest-growing nations following the fall of the iron curtain. Coincidence? Paradox? Curious historic aberration? Or a logical result of years of social turmoil, lies and double standards that have created a vacuum in people's souls, a spiritual emptiness which spirits alone can fill?

Vitali Vitaliev spent eleven months trying to answer these questions travelling around Eastern and Central Europe, a journey through drinks - vodka and beer, palinka and slivovitz, zubrovka and Riesling, Tokaji and cabernet sauvignon. The result is this book: a sharp and sardonic travelogue that is both informative and very, very funny.

Born in 1954 in Kharkiv, Ukraine, Vitali Vitaliev studied French and English at Kharkiv University. He then became the first investigative journalist in the Soviet Union. As a result, he was forced to defect from the USSR by the KGB in January 1990. He has become widely known in the West for his regular appearances on TV and radio. Vitaliev has published twelve books which have been translated into a number of languages. He has contributed regularly to the Guardian, the European, the Daily Telegraph, the Australian and others, and has also made several TV documentaries. He is currently Features Editor of E&T magazine and lives near London.