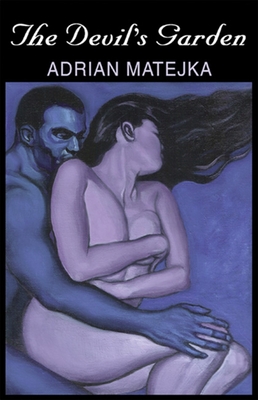 Using musical allusion and metaphor, juxtaposing history and autobiography, Matejka navigates a triracial identity. In these poems, having too many heritages means having no heritage at all. As a result, cultural identifiers--be they afros, war paint, or William Shatner--take the place of identity. Vibrant narrative lyrics use image as riff, syllable as note, to improvise on a personal history severed from tradition.

Miscegenation's capitol
is the mule. Not quite horse,
almost donkey. No useful
erection to speak of.
In any unnatural concoction,
somebody's got to take
the blame. Freud would say
credit the mother if props
are necessary.
Mulattos
are human mules--half
black, most times more
than half white--misogynous
on a good day. All the while,
impotent between tribes.
Blame: gift of the exotic,
like Hendrix opening
for the Monkees, or Othello
key holed by Iago. Blessed
be he with the hybrid vigor
of melanin, arrested between
the sun and the sun.

Reading Adrian Matejka's amazing debut, I was left with the feeling that American Poetry was at last beginning to catch up with early twenty-first century American life. He has written the first serious songs from a world that's about to make itself felt and known.--Cornelius Eady