Somewhere on the Border (Paperback) 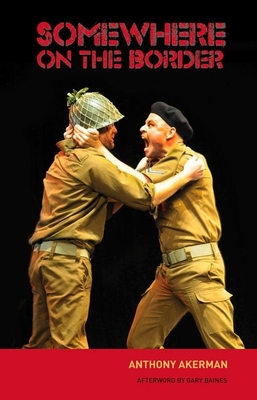 Somewhere on the Border (Paperback)

Somewhere on the Border was written by Anthony Akerman in exile more than two decades ago. The play was  intercepted in the post and banned as a publication by apartheid censors because the language was considered "offensive" and the portrayal of the South African Armed Forces "prejudicial to the safety of the state."

This publication of a one-act version of the play brings the Border War back into public discourse and pierces through the armor of silence, secrecy and shame that still surrounds it. The script is complemented by an author’s preface an an afterword by historian Gary Baines, as well as photographs of its 2011 production.

Anthony Akerman went into exile in 1973 and lived in Amsterdam, working in theatre as a playwright and director. He returned to South Africa in 1992 and has since written several award-winning plays. He also writes for radio and television.