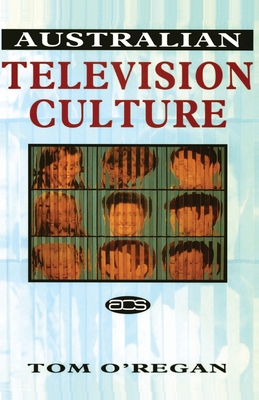 
Usually Ships in 1-5 Days
(This book cannot be returned.)
Australian television has been transformed over the past decade. Cross-media ownership and audience-reach regulations redrew the map and business culture of television; leading business entrepreneurs acquired television stations and then sold them in the bust of the late 1980s; and new television services were developed for non-English speaking and Aboriginal viewers. Australian Television Culture is the first book to offer a comprehensive analysis of the fundamental changes of this period. It is also the first to offer a substantial treatment of the significance of multiculturalism and Aboriginal initiatives in television. Tracing the links between local, regional, national and international television services, Tom O'Regan builds a picture of Australian television. He argues that we are not just an outpost of the US networks, and that we have a distinct television culture of our own.
Tom O'Regan is Senior Lecturer in Communication Studies at Murdoch University and an editor of Continuum: the Australian journal of media and culture. He co-edited An Australian Film Reader and The Australian Screen, both with Albert Moran.