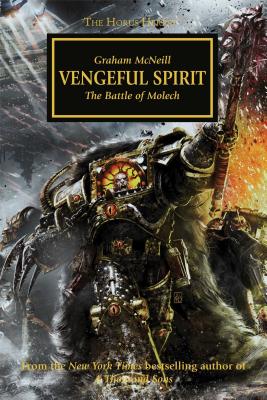 This is book number 29 in the Horus Heresy series.

On the planet of Molech, the Titan Legions go to war against the armies of Horus. Once the favoured son of the Emperor of Mankind, the name of Horus has become a curse to the loyal defenders of the Imperium, and a rallying call to the traitor forces tearing across the galaxy. While their allies wage war on a thousand different fronts, the XVIth Legion descend upon the Knight World of Molech - home to House Devine and their feudal levies, and a principal seat of Imperial military power. Just what could have drawn Horus to attack such a strongly defended planet, and what might he be willing to sacrifice to fulfill his own dark destiny?