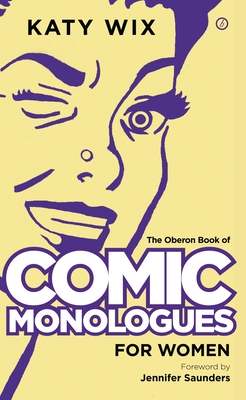 There are many monologues books on the market but very few provide rich material for comedy. This collection from up and coming comedian & actress Katy Wix plugs that gap and provides female performers with the kind of wonderfully warm and interesting characters that they need - and deserve.

A comedian and writer, Wix has for the past few years been writing audition speeches for students at drama schools including RADA, LAMDA, Drama Centre and The Royal Welsh College of Music and Drama. A book of contemporary comedy monologues does not exist for today's actor or indeed a book comprising solely of showcase speeches. This is a collection of very funny and original audition speeches filling a significant gap in the market: made up of monologues for various age ranges, each with a running time of two to three minutes. The brevity in length makes these ideal for auditions or showcases and the variety in age and style encompasses different comedic approaches; from the very quirky to the more traditional - perfect for every type of performer.
Katy Wix is a highly gifted and versatile actress and writer, best known for her performance as Tim Vine's ditzy girlfriend Daisy, in the critically acclaimed BBC1 sitcom, Not Going Out, and has also been a regular character on the hit BBC One drama Torchwood and the BBC Two comedies Outnumbered and Miranda. She has also starred in many other successful television shows including Absolutely Fabulous, Extras and Time Trumpet (BBC Two). Wix has also co-written and starred in Anna & Katy on Channel 4.