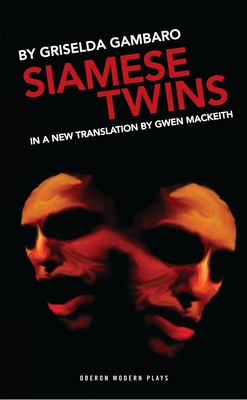 'I would like to, I would like to...cut the cord.'
First performed in 1967, this is an early, yet startling, brilliant work by the internationally acclaimed Argentine playwright Griselda Gambaro. In this absurd and forceful play, two brothers carry out a primal scene of envy, cruelty and torture. Ignacio wants to break free of his brother and move out of their shared house, but Lorenzo has other plans. Through a series of dark comedic scenes the absurd becomes a harrowing metaphor of the most pure and raw reality.

Griselda Gambaro (born July 28, 1928) is an Argentine playwright, whose works often concern the political violence in her home country that would develop into the Dirty War. She is a powerful, world-renowned, prize-winning playwright, novelist, and short story writer.