Begin the World Over (Paperback) 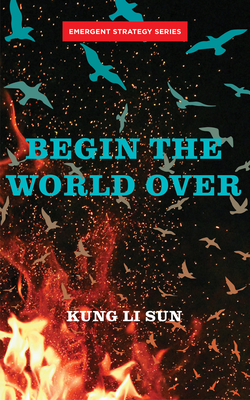 Begin the World Over (Paperback)


Usually Ships in 1-5 Days
"This historical fiction with a twist has an intriguing plot that will make the reader ask how the world could be different."
--Booklist

A revolutionary tale of Black and Indigenous insurrection. History as it should have been. Begin the World Over is a counterfactual novel about the Founders' greatest fear--that Black and Indigenous people might join forces to undo the newly formed United States of America--coming true. In 1793, as revolutionaries in the West Indies take up arms, James Hemings has little interest in joining the fight for libert --talented and favored, he is careful to protect his relative comforts as Thomas Jefferson's enslaved chef. But when he meets Denmark Vesey, James is immediately smitten. The formidable first mate persuades James to board his ship, on its way to the revolt in Saint-Domingue. There and on the mainland they join forces with a diverse cast of characters, including a gender nonconforming prophetess, a formerly enslaved jockey, and a Muskogee horse trader. The resulting adventure masterfully mixes real historical figures and events with a riotous retelling of a possible history in which James must decide whether to return to his constrained but composed former life, or join the coalition of Black revolutionaries and Muskogee resistance to fight the American slavers and settlers.