Queen of the Sea: A History of Lisbon (Paperback) 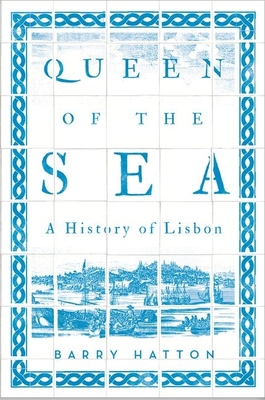 Queen of the Sea: A History of Lisbon (Paperback)


Email or call for price
Lisbon's charm is legendary, but its vibrant 2,000-year history is not widely known, from its Roman legacy to its centuries under Moorish rule. Its journey from port town to Portugal's capital was not always smooth sailing--in 1755 the city was devastated by the largest earthquake ever to strike modern Europe, followed by a catastrophic tsunami and a six-day inferno that turned sand to glass.
Barry Hatton unearths these forgotten memories in a vivid account of Lisbon's colourful past and present, bringing to life the 1147 siege during the Iberian reconquista, the assassination of the king, the founding of a republic and the darkness of a modern dictatorship. He reveals the rich, international heritage of Portugal's metropolis--the gateway to the Atlantic and the unrivalled Queen of the Sea.
Barry Hatton has been a British foreign correspondent in Lisbon for three decades. His previous book is The Portuguese: A Modern History.