Dark Side of the Boom: The Excesses Of The Art Market In The 21st Century (Paperback) 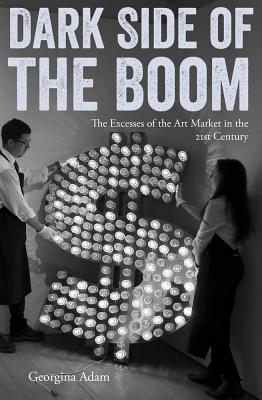 Dark Side of the Boom: The Excesses Of The Art Market In The 21st Century (Paperback)


Usually Ships in 1-5 Days
This book scrutinizes the excesses and extravagances that the 21st-century explosion of the contemporary art market brought in its wake. The buying of art as an investment, temptations to forgery and fraud, tax evasion, money laundering and pressure to produce more and more art all form part of this story, as do the upheavals in auction houses and the impact of the enhanced use of financial instruments on art transactions. Drawing on a series of tenaciously wrought interviews with artists, collectors, lawyers, bankers and convicted artist forgers, the author charts the voracious commodification of artists and art objects, and art's position in the clandestine puzzle of the highest echelons of global capital. Adam's revelations appear even more timely in the wake of the Panama Papers revelations, for example incorporating examples of the way tax havens have been used to stash art transactions – and ownership – away from public scrutiny. With the same captivating style of her bestselling Big Bucks: The Explosion of the Art Market in the 21st Century, Georgina Adam casts her judicious glance over a section of the art market whose controversies and intrigues will be of eye-opening interest to both art-world players and observers.
Georgina Adam is a journalist and author who has covered the global art market for the last 30 years. She is a contributor to the Financial Times and The Art Newspaper, where she was Art Market Editor from 2000 to 2008. She also lectures at Sotheby's Institute of Art, London and participates in panels on the art market at art fairs worldwide. She is the author of Big Bucks: The Explosion of the Art Market in the 21st Century (Lund Humphries, 2014).
"In a nutshell, over a period of 14 years, Rybolovlev coughed up some $2 billion for Bouvier to buy art quietly, then discovered how much profit Bouvier had made and sued him. You should read the book . . . because it is the most detailed account I have read of the affair, down to the mansion in Monaco where Rybolovlev staged his trap for Bouvier’s arrest in February 2015." —Colin Gleadell, Daily Telegraph


"AS ADAM POINTS OUT, ‘ART’S SPECIAL QUALITIES OF PORTABILITY MEANS IT CAN BE BOUGHT WITH ONE CURRENCY IN ONE COUNTRY, BUT RESOLD IN ANOTHER—ACTING IN EFFECT AS A SORT OF ALTERNATIVE CURRENCY OR SHADOW MONEY.’" —J. J. Charlesworth, Art Review

"a 'must-read' for anyone with an interest in the relationship between art and money." —Colin Gleadell, Telegraph