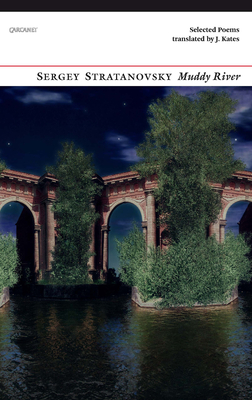 
Email or call for price
From the canals of St Petersburg, the steppes of Central Asia, the mountains of the Caucasus, and the landscape of Palestine, this collection from award-winning Russian poet Sergey Stratanovsky is overtly conscious of the continuing dislocations and evolutions of the times. A writer since the late 1960s, Stratanovsky's poetry has changed in form over the years, but always maintained a strong sociological eye and a deeply religious soul. Muddy River brings together the poems from Stratanovsky's previous seven collections, published here in English for the first time.
J. Kates is a poet and literary translator who lives in Fitzwilliam, New Hampshire. In 1968 Sergey Stratanovsky graduated from Leningrad University.  He became well known through the anthology Apollon-77 and in The Blue Lagoon Anthology of Russian Poetry (1983). His first pubication inside Russia was in the collection Krug (1985).
"He does not paint in half-tones. The clash of clear, bright colors and sharp lines — this is his poetry." —Russian literary critic Nikita Eliseev