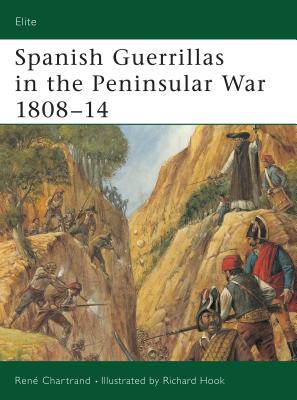 This is book number 108 in the Elite series.

Constant Spanish guerrilla activity so drained the resources and diverted the attention of the French military that Wellington was able to advance against and overcome a numerically superior enemy. So many French soldiers were being used to counter the guerrillas and the threat that they posed that less than a third of the French army could be tasked with confronting Wellington. This book brings to life, for the first time, the formation, tactics and experiences of the Spanish guerrilla forces that fought Napoleon's army during the Peninsular War (1808-1814). Using much previously unpublished material, it offers a vivid description of the guerrilla and his lifestyle.

Richard Hook is an internationally acclaimed artist, renowned for his paintings of Native American culture.