The Go-Between: A Portrait of Growing Up Between Different Worlds (Paperback) 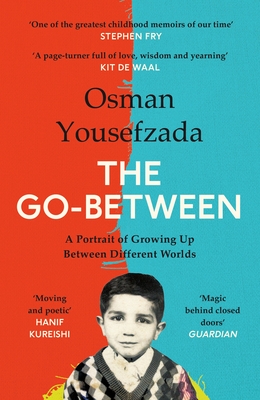 The Go-Between: A Portrait of Growing Up Between Different Worlds (Paperback)

A coming-of-age story set in Birmingham in the 1980s and 1990s, The Go-Between opens a window into a closed migrant community living in a red-light district on the wrong side of the tracks. The adult world is seen through Osman's eyes as a child: his own devout migrant Muslim patriarchal community, with its divide between the world of men and women, living cheek-by-jowl with parallel migrant communities. Alternative masculinities compete with strict gender roles, and female erasure and honour-based violence are committed, even as empowering female friendships prevail. The stories Osman tells, some fantastical and humorous, others melancholy and even harrowing, take us from the Birmingham of Osman's childhood to the banks of the river Kabul and the river Indus, and, eventually, to the London of his teenage years. Osman weaves in and out of these worlds, struggling with the dual burdens of racism and community expectations, as he is forced to realise it is no longer possible to exist in the spaces in between.
Osman Yousefzada was born in Birmingham to migrant parents who were illiterate both in English and their mother tongue. An artist and writer who studied at SOAS and Central Saint Martins, he has an MPhil from Cambridge University. His visual art practice - of sculpture, moving image and textile installation - has been showcased in international programmes at the Whitechapel Gallery, MCA Sydney, Dhaka Art Summit, Ikon, V&A and more. He has made clothes for Beyonc�, Lady Gaga, Lupita Nyong'o, Gwen Stefani, Emma Watson and many more. His experience within the fashion industry continues to inform the politics of his practice concerned with the rights of the anonymous worker and disposable consumerism. He edits The Collective and has written for Vogue, the Guardian and Observer. Osman is currently a research practitioner at the Royal College of Art and visiting fellow at Jesus College, Cambridge. The Go-Between was longlisted for the Polari First Book Prize in 2022.