The Workshop of Filthy Creation (Paperback) 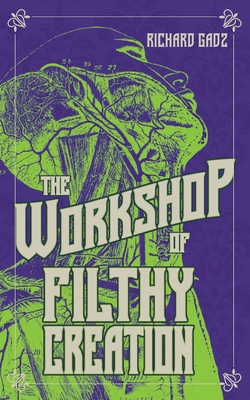 The Workshop of Filthy Creation (Paperback)

"The Workshop of Filthy Creation is a remarkable book, visceral and philosophical in equal measure. The perfect combination of big ideas and a rattling good yarn. Hell of a read." - James Kinsley, author of Playtime's Over

In the autumn of 1879, an intelligent, artificially-created being-outwardly a young woman called Maria-arrives in London under the protection of biologist Professor George Hobson. Hobson gathers a few close friends and reveals her existence, explaining that she is the final result of a research programme undertaken by a dynasty of unethical scientists, the von Frakkens-all now dead.

Unknown to Hobson, one of his friends, Jabez Pell, is linked to an underground scientific organisation, the Promethean Society. Set up in the early 1800s, its aim is to conquer death by whatever means possible. Pell immediately recognises the potential that Maria's regenerative abilities can offer to the Prometheans - but after his attempt to kidnap her turns deadly, Maria goes on the run.

Maria finds herself at the heart of raging controversy: some want her jailed, some want her dead, and some want to peel the flesh from her bones. Worse, she is now hunted not only by members of the Prometheans but also by the police-and her creator Wilhelm von Frakken, who, as it turns out, is alive (in a sense).

Thrilling and evocative, fantastical and grotesque, The Workshop of Filthy Creation uses a Frankenstein-ian thread to stitch together elements of real scientific history with the darkest parts of Victorian London and speculation on the nature of human life.