Thank You for Being a Friend: The Little Guide to the Golden Girls (Hardcover) 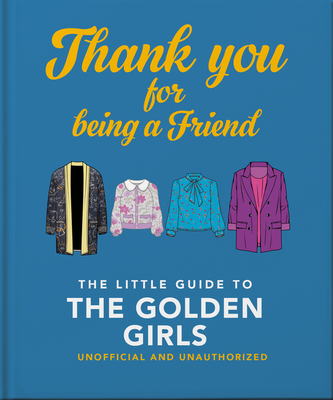 Thank You for Being a Friend: The Little Guide to the Golden Girls (Hardcover)

The Golden Girls: The show that changed American TV, found an audience all around the world, and made a global legend out of Betty White.

1985 was the year of Live Aid, Back to the Future and the Nintendo. It also saw the start of one of the most well-known and well-loved sitcoms of all time: The Golden Girls. With a cast comprising women over 50, the show was as groundbreaking as it was hilarious. Averaging 25 million viewers an episode - and counting the Queen Mother among them - the show is still ranked among the best US sitcoms ever. And it continues to find a new audience today in younger generations on streaming, with merchandise as popular as ever.

Packed with quotes and facts, this little book is perfect for any Golden Girls fan.