Disappearance of a Scribe (Eye of Isis) (Paperback) 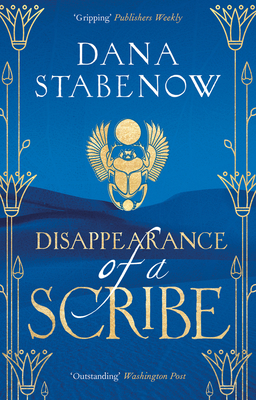 Disappearance of a Scribe (Eye of Isis) (Paperback)

The second in the trilogy of Ancient Egyptian crime novels that began with 2018's Death of an Eye.

Two Alexandrian fishermen come across a horrifying sight: the body of a skeleton floating upright at the bottom of the sea, anchored in place by a cement weight around his feet. In Alexandria's rough-and-tumble construction trade they call that 'being fitted with a pair of Rhakotis sandals' and what's worse, he's the second such victim in two years.

Queen Cleopatra is busy rebuilding her city after the Alexandrian War and these murders are not to be allowed to interfere with this primary task, so she charges Tetisheri, her new Eye of Isis, with the task of finding out who these men were, when they were murdered, and, above all, why.

Dana Stabenow was born in Anchorage, Alaska and raised on a 75-foot fishing tender. She knew there was a warmer, drier job out there somewhere and found it in writing. Her first Kate Shugak book, A Cold Day for Murder, received an Edgar Award from the Crime Writers of America. She lives in Homer, Alaska. Find her online at stabenow.com.

"Entertaining. . . .  Stabenow brings Alexandria’s Hellenistic period to life while demonstrating that murder, methodical detective work, and politically expedient resolutions that fall short of justice are nothing new under the sun. Best known for her series featuring Alaska investigator Kate Shugak, Stabenow is as much at home in ancient Egypt as she is in the Alaskan wilderness." —Publishers Weekly