The Other Talk: Reckoning with Our White Privilege (Compact Disc) 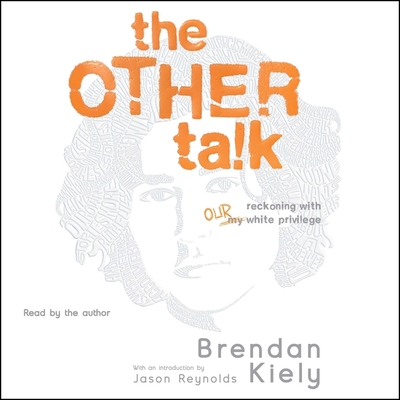 The Other Talk: Reckoning with Our White Privilege (Compact Disc)


Email or call for price
Award-winning and New York Times bestselling author Brendan Kiely starts a conversation with white kids about race in this accessible introduction to white privilege, allyship, and anti-racism.All too many kids of color get the talk. The talk about where to keep their hands, how to wear their clothes, how to speak, how to act around police--an honest talk, a talk about survival in a racist world. The get the talk because they must. But white kids don't get this talk. Instead, they're barely spoken to about race at all--and that needs to change. The Other Talk begins this much-needed conversation for white kids. In an accessible, anecdotal, and honest account from his own life, Brendan Kiely introduces young readers to white privilege, unconscious bias, and allyship--because racism isn't just an issue for people of color, it's an issue white people have to deal with, too, and it's time we all start doing our part.