Another Kind of Eden (CD-Audio) 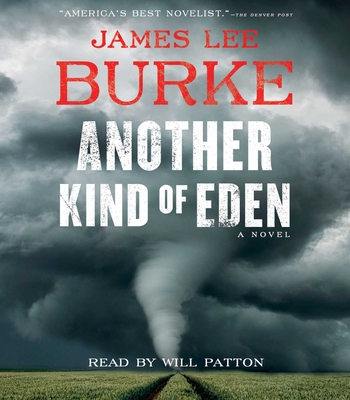 The American West in the early 1960s appears to be a pastoral paradise: golden wheat fields, mist-filled canyons, frolicking animals. Aspiring novelist Aaron Holland Broussard has observed it from the open door of a boxcar, riding the rails for both inspiration and odd jobs.

Jumping off in Denver, he finds work on a farm and meets Joanne McDuffy, an articulate and fierce college student and gifted painter. Their soul connection is immediate, but their romance is complicated by Joanne’s involvement with a shady professor who is mixed up with a drug-addled cult. When a sinister businessman and his son who wield their influence through vicious cruelty set their sights on Aaron, drawing him into an investigation of grotesque murders, it is clear that this idyllic landscape harbors tremendous power—and evil. Followed by a mysterious shrouded figure who might not be human, Aaron will have to face down all these foes to save the life of the woman he loves and his own.

The latest installment in James Lee Burke’s masterful Holland family saga, Another Kind of Eden is both riveting and one of Burke’s most ambitious works to date. It dismantles the myths of both the twentieth-century American West and the peace-and-love decade, excavating the beauty and idealism of the era to show the menace and chaos that lay simmering just beneath the surface.

James Lee Burke is a New York Times bestselling author, two-time winner of the Edgar Award, and the recipient of the Guggenheim Fellowship for Creative Arts in Fiction. He has authored forty novels and two short story collections. He lives in Missoula, Montana.

Will Patton’s film credits include Halloween, Boarding School, Megan Leavey, American Honey, Meek’s Cutoff, A Mighty Heart, Remember the Titans, The Mothman Prophecies, Armageddon, and No Way Out. He starred in Swamp Thing on the DC Universe streaming platform and was seen in five seasons of the TNT series Falling Skies. He has won Obie Awards for his performances in Fool for Love and What Did He See? He is also known for his audiobook recordings of the work of Stephen King, James Lee Burke, Denis Johnson, and William Faulkner.

"Fans of James Lee Burke and narrator Will Patton won't be disappointed in this latest chapter of the Holland family saga. Patton sets the tone with a dry, almost husky, telling of a story focused on the 1960s and the American West. His delivery of Burke's novel reminds listeners of why Patton runs the risk of being better known as a narrator than an actor. His measured speech is pitch-perfect for this story of what a man will do for the woman he loves, a mysterious figure who may or may not be of this world, and the hope offered by the 1960s."
— AudioFile Magazine