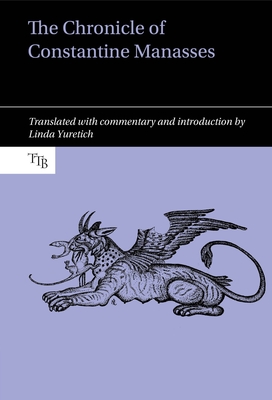 
Email or call for price
This book translates the mid-12th-century Synopsis Chronike by Constantine Manasses which was widely circulated. It extends to 1081, marking the end of Nikephoros Botaneiates' reign and the accession of Alexios I Komnenos. Commissioned by the Sevastokratorissa Irene, whose sponsorship likely determined its format in verse and subject matter, the chronicle begins with a dedicatory epigram and introduction lauding Irene for her largesse and love of learning. Manasses proceeds to relate a pastoral view of creation, biblical stories, a history of the peoples of the East, Alexander the Great's conquests and the subsequent Hellenistic empires. He then provides a non-Homeric view of the Trojan War and continues with Rome through the Principate and early empire until the reigns of Constantine I in the East and Theodosios II in the West. Manasses then focuses on the New Rome with a colorful treatment of its individual emperors. The chronicle attracted the attention of Emperor John Alexander for whom the Middle Bulgarian Synodal or Moscow manuscript was translated. This is the mid-14th-century copy taken into account here with deviations from the Greek contained in the footnotes. The so-called Middle Bulgarian Short Chronicle is interspersed in the appropriate places.

Linda Yuretich is an independent scholar who received a B.A. from New York University in classics and an M.A. from the University of Massachusetts at Amherst with a concentration in Slavic linguistics. She was also a fellow at the Ivan Dujchev Research Centre for Slavo-Byzantine Studies.