The Cycling Revolution: Lessons from Life on Two Wheels (Hardcover) 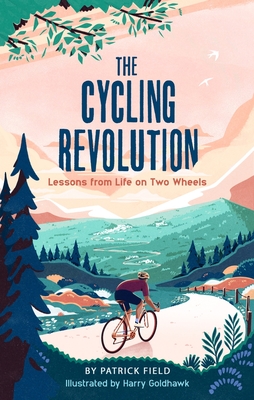 The Cycling Revolution: Lessons from Life on Two Wheels (Hardcover)

Patrick Field moved to London to study psychology in 1974, and discovered that the best way to enjoy the metropolis was on a bicycle. He began writing as a political campaigner, then in bicycle magazines; contributing to titles including New Cyclist, Cycling Today, Cycling Plus, and Cycle.

In 1993 he founded The London School of Cycling (LSC) with the insane intention of teaching adults to use pedal-bikes. He authored cycling guide books for London and environs; Breathing Spaces (1993), Get Lost (1994), Cycle London (2011), London on Two Wheels (2015), and contributed to the anthology Autopia (2002). Patrick continues to run the LSC. He is a founder of the legendary Dunwich Dynamo.