The Waste Land and Other Poems (Hardcover) 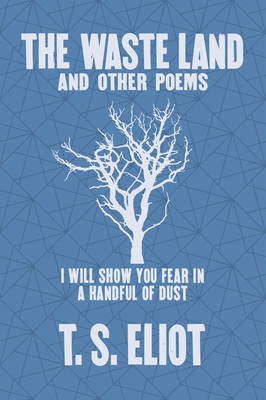 The Waste Land and Other Poems (Hardcover)

With these lines from T. S. Eliot's The Waste Land, the reader is invited on an apocalyptic journey into a desert waste. This essential volume contains Eliot's greatest work - some say the greatest work of all modernist literature - together with his compendium Prufrock and Other Observations, as well as Poems - twelve works including 'Gerontion'; 'Burbank with a Baedeker': 'Bleistein with a Cigar'; and 'A Cooking Egg'. ABOUT THE SERIES: Arcturus Silhouette Classics are high-quality hardback editions with contemporary cover-designs. Presented with dust jackets and beautiful color end-papers, the titles in this series make wonderful gifts or collectibles for any classic literature lover.
T.S. Eliot was an immensely innovative 20th-century poet, . His most famous work, The Waste Land, was published in 1922 and loosely followed the legend of the Holy Grail and the Fisher King, juxtaposed with contemporary British society. For his life's work, Eliot was awarded the Order of Merit and the Nobel Prize in Literature.