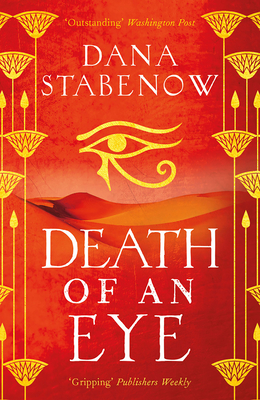 This is book number 1 in the Eye of Isis series.

Alexandria, 47BCE: Cleopatra shares the throne with her brother Ptolemy under the auspices of Julius Caesar, by whom Cleopatra is heavily pregnant with child. A shipment of new coin meant to reset the shaky Egyptian economy has been stolen, the Queen's Eye has been murdered and Queen Cleopatra turns to childhood friend Tetisheri to find the missing shipment and bring the murderer to justice.
Dana Stabenow is the author of the bestselling Kate Shugak series, which includes Midnight Come Again, The Singing of the Dead, and Bad Blood; and the Liam Campbell series. She has won the Edgar Award and the Nero Award for books in the Kate Shugak series, and in 2007 she was named Alaska Artist of the Year in the Governor's Awards for the Arts and Humanities.