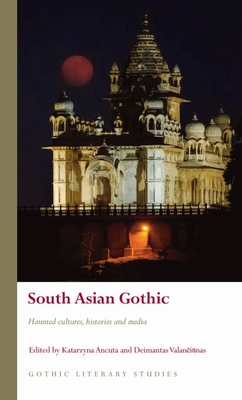 
Email or call for price
A collection of scholarly articles on the manifestation of the Gothic in South Asian cultures.

South Asian Gothic is the first attempt to theorize South Asia and its gothic production as a cultural landscape in its own right. The volume consists of fifteen scholarly articles that describe the many ways that the Gothic manifests in contemporary South Asian cultures. The Gothic in South Asia can be read as a distinctive aesthetic and narrative practice, as well as a process of signification where conventional gothic tropes and imagery are reappropriated, resisted, and transformed. The volume investigates the South Asian Gothic both as a local variety of international gothic, as well as a part of the transnational category of “globalgothic,” contributing to the ongoing discussion about the need to de-westernize gothic methodologies.

Katarzyna Ancuta is a lecturer at the Faculty of Arts in Chulalongkorn University in Thailand.

Deimantas Valanciunas is an associate professor of film and popular cultures of Asia at Vilnius University in Lithuania.