Call me Lucifer: Dialogues with a Noble Stranger (Paperback) 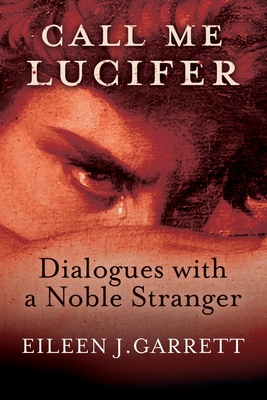 Call me Lucifer: Dialogues with a Noble Stranger (Paperback)

Beginning in her early childhood, the world-famous trance medium and grande dame of parapsychology Eileen J. Garrett had numerous encounters with an entity she called the "Noble Stranger." When she asked his identity one day, this mysterious figure responded, "You may call me Lucifer."

Call me Lucifer: Dialogues with a Noble Stranger, features Garrett's writings about her encounters with this Noble Stranger, and reflections on her intellectual "duels with her Devil." The book includes extensive verbatim transcripts of Lucifer's communication with Garrett, together with Lucifer's Compendium of Guidance.

Though prepared with great care over the course of her life, the book has lain dormant in Garrett's family archives for decades. Her granddaughter, Lisette Coly, current President of the Parapsychology Foundation, has now decided that it should be shared with the public as an aid to our spiritual evolution.

The book can be enjoyed on at least three levels: an unflinching psychological self-portrait of a highly cultured, intelligent woman of the last century interrogating her own extraordinary experiences; a long-lost chapter in the history of parapsychology and another piece in the puzzle of Garrett's mediumship; and perhaps most importantly, a source of thought-provoking wisdom and startling ideas. Whether they originated with Lucifer himself or from somewhere deep in the medium's subconscious, readers will appreciate these texts for their insight into life's most pressing spiritual and existential questions.

Together with Coly's engaging and informative Foreword, Call Me Lucifer is one of the most fascinating discoveries in the history of parapsychology and alternative spiritualities.