Despite the Falling Snow (Paperback) 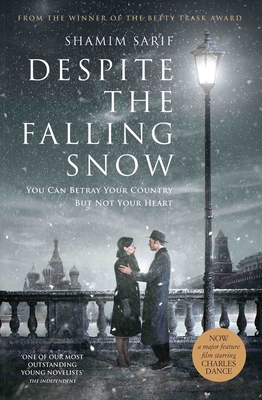 After an early career amongst the political elite of Cold War Russia, Alexander Ivanov has built a successful business in the States. For 40 years, he has buried the tragic memories surrounding his charismatic late wife, Katya—or so he believes. For into his life come two women—one who will open up the heart he has protected for so long; another who is determined to uncover what really happened to Katya so long ago. The novel's journey back to the snowbound streets of post-Stalinist Moscow reveals a world of secrets and treachery. Shamim Sarif's elegant writing delicately evokes the intensity of passionate love and tragic violence.

Shamim Sarif is a British novelist, screenwriter, and feature film director. She has published three novels and one nonfiction book. Her first feature film, I Can't Think Straight, won 11 awards, and her follow up movie, The World Unseen, debuted at the prestigious Toronto Film Festival before going on to garner 23 awards internationally, including 11 SAFTAs (South African Film Awards).

"My novel of the year: its delicate artistry and immense compass reaches back to the labyrinthine heart of Soviet Russia." —Independent

"Despite the Falling Snow contains all the ingredients of a good thriller: intrigue, suspense, and romance." —Boston Globe