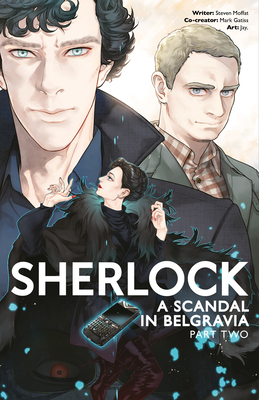 
Coming Soon - Available for Pre-Order Now
The second part of the Manga adaptation of the fourth Sherlock BBC episode - printed in English in the US for the first time!

Written by Steven Moffat, a Scottish television writer and producer, best known for his work on Doctor Who and Sherlock. He has won several awards for his work, including BAFTA and Emmy awards.

Jay is a popular Japanese manga artist. Noted for his ability to capture the likeness of real people in a traditional manga style, his Sherlock art captures the actors/characters perfectly.