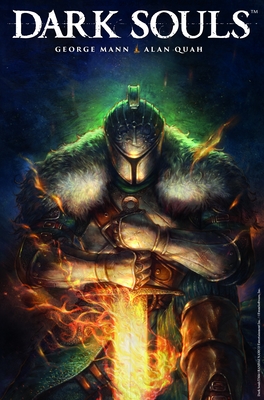 
Usually Ships in 1-5 Days
The official comic set in the world of the best-selling Dark Souls videogame franchise! Join Fira - a battle-hardened warrior - as she embarks upon a perilous quest to save her ailing kingdom, fighting countless hoards of demonic foes along the way!
George Mann is a New York Times bestslling British author, primarily in genre fiction. He is the author of The Affinity Bridge, Newbury and Hobbes, and Ghosts of Manhattan, as well as numerous short stories, novellas and an original Doctor Who audiobook. His comic work includes Doctor Who: The Eighth Doctor from Titan Comics.

"Defies expectations and shows that you can take what makes a game great and present it in a new accessible light without losing what made it great in the process." - Newsarama