The Transition to Late Antiquity on the Lower Danube: Excavations and Survey at Dichin, a Late Roman to Early Byzantine Fort and a Roman Aqueduct (Hardcover) 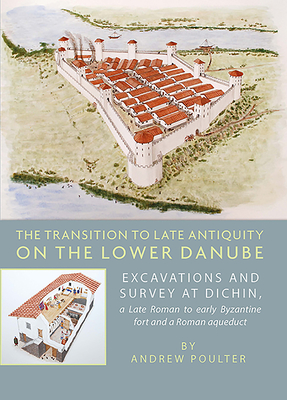 The Transition to Late Antiquity on the Lower Danube: Excavations and Survey at Dichin, a Late Roman to Early Byzantine Fort and a Roman Aqueduct (Hardcover)


Email or call for price
Excavations on the site of this remarkable fort in northern Bulgaria (1996-2005) formed part of a long-term program of excavation and intensive field survey, aimed at tracing the economic as well as physical changes which mark the transition from the Roman Empire to the Middle Ages, a program that commenced with the excavation and full publication of the early Byzantine fortress/city of Nicopolis ad Istrum.

The analysis of well-dated finds and their full publication provides a unique database for the late Roman period in the Balkans; they include metal-work, pottery (local and imported fine ware), glass, copper alloy finds, inscriptions and dipinti (on amphorae), as well as quantified environmental reports on animal, birds, and fish with specialist reports on the archaeobotanical material, glass analysis, and querns.

The report also details the results of site-specific intensive survey, a new method developed for use in the rich farmland of the central Balkans. In addition, there is a detailed report on a most remarkable and well-preserved aqueduct, which employed the largest siphon ever discovered in the Roman Empire.

This publication will provide a substantial database of material and environmental finds, an invaluable resource for the region and for the Roman Empire: material invaluable for studies, which seeks to place the late Roman urban and military identity within its regional and extra-regional economic setting.