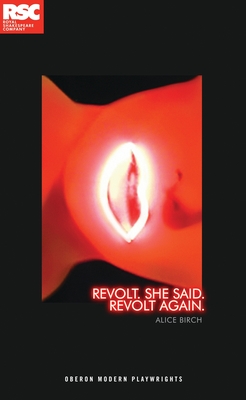 You are expected to behave...
Use the right words
Act appropriately
Don't break the rules
Just behave.

This play is not well behaved. Alice Birch examines the language, behaviour and forces that shape women in the 21st century and asks what's stopping us from doing something truly radical to change them. Winner of the George Devine Award for Most Promising New Playwright 2014.
Alice Birch has written for the Royal Court Theatre, BBC Radio 4, Old Vic, Comedie de Valence and the Almeida Festival. She has been on attachment to the National Theatre Studio, the Royal Court Theatre, Paines Plough and Channel 4. Her play, Many Moons was shortlisted for the Susan Smith Blackburn Award and is published by Oberon. She was Winner of the George Devine Award for Most Promising New Playwright 2014. She is currently under commission to Clean Break and the RSC and has been working with RashDash on two projects. She is a Creative Associate at Watford Palace Theatre and was a member of the Royal Court Super Group in 2012.

'The ferocious energy that courses through this short, sharp shock of a production might be characterized as, well, kind of beautiful... “Revolt” unfolds in a series of fragments that recall the form-bending virtuosity of Caryl Churchill... yet “Revolt” teems with the same anarchic fury that possessed Jimmy Porter and the same frustrated awareness that there are no easy fixes for an unsatisfactory social system... Ms. Birch’s work finds the theatrical exhilaration in civil disobedience.' New York Times