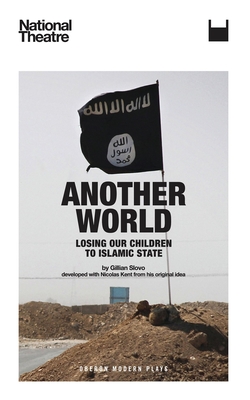 The new verbatim drama from the pioneering team behind Guantanamo: Honour Bound to Defend Freedom.

Over the last twelve months headlines have been dominated by the growth of Islamic State, and terror attacks claimed by IS have spread across the world. What is the entity that calls itself Islamic State? Why are some young Muslim men and women from across Western Europe leaving their homes to answer the call of Jihad? And what should we do about it? This piece of verbatim documentary theatre, written by novelist Gillian Slovo using material from the interviews she conducted and directed by Nicolas Kent, is the result of many months researching Islamic State, meeting people affected by the organization and involved in the fight against it.
Gillian Slovo: Gillian Slovo was born in South Africa and lives in London. She is the author of ten novels and a family memoir, Every Secret Thing. Of her last two novels; Red Dust, winner of the RFI temoin du monde prize in France, has been made into a film; and Ice Road has been shortlisted for the Orange prize. Previous plays include verbatim play Guantanamo: Honour Bound to Defend Freedom, published & performed to great acclaim.