Cave of the Winds: The Remarkable History of the Langley Full-Scale Wind Tunnel (Paperback) 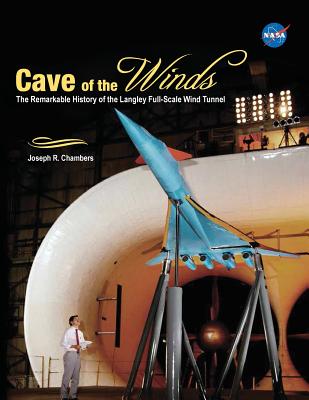 Cave of the Winds: The Remarkable History of the Langley Full-Scale Wind Tunnel (Paperback)


Usually Ships in 1-5 Days
(This book cannot be returned.)
With full color and black and white photographs and illustrations. The huge Langley Full-Scale Tunnel building dominated the skyline of Langley Air Force Base for 81 years (1930-2011). The Full-Scale Tunnel was constructed by the National Advisory Committee for Aeronautics (NACA) during an era when biplanes and dirigibles dominated aviation. The results of critical tests conducted within its massive test section contributed to many of the Nation's most important aeronautics and space programs. The historical significance of the Full-Scale Tunnel was formally recognized when it was designated a National Historic Landmark in 1985 by the National Park Service.