The Rosicrucians. Their Rites and Mysteries (Paperback) 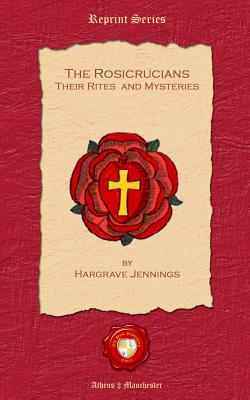 The Rosicrucians. Their Rites and Mysteries (Paperback)


Usually Ships in 1-5 Days
(This book cannot be returned.)
This book, purports to be a history of the famous Order of the "Rose-Cross," or of the "Rosicrucians." No student of the occult philosophy need, however, fear that we shall not most carefully keep guard-standing sentry (so to speak) over those other and more recondite systems which are connected with our subject. An accomplished author of our own period has remarked that, "He who deals in the secrets of magic, or in the secrets of the human mind, is too often looked upon with jealous eyes by the world, which is no great conjuror." How is it that, after centuries of doubt or denial, -how happens it, in face of the reason that can make nothing of it, the common sense that rejects, and the science which can demonstrate it as impossible, -the supernatural still has hold in the human-not to say in the modern-mind? How happens it that the most terrible fear is the fear of the invisible?-this, too, when we are on all hands assured that the visible alone is that which we have to dread The ordinary reason exhorts us to dismiss our fears. That thing "magic," that superstition "miracle," is now banished wholly from the beliefs of this clear-seeing, educated age. "Miracle," we are told, never had a place in the world -only in men's delusions. It is nothing more than a fancy. It never was anything more than a superstition arising from ignorance. The book, inasmuch as it deals seriously with strange things and with deep mysteries, needs the means of interpretation in the full attention of the reader: otherwise, little will be made, or can come, of it. It is, in brief, a history of the alchemical philosophers, written with a serious explanatory purpose, and for the first time impartially stated since the days of James I and Charles I. This is really what the book pretends to be and nothing more.
Hargrave Jennings (1817-1890) was an English cleric and author whose studies of comparative religion played an important role in the development of Western interest in sex magic during the Victorian era. A Freemason and Rosicrucian, he numbered among his friends the American sex magician and occult writer Paschal Beverly Randolph. In addition to covering subjects such as Rosicrucianism, Hinduism, and Buddhism in his books, Jennings drew on the works of predecessors, such as Richard Payne Knight, to develop at length his theory that all religions, including Christianity, Hinduism, and Buddhism, ultimately derive from an ancient phallic worship, which he properly called "phallism." Unlike many modern authors, for whom he word "phallic" implies the male penis, Jennings used the word "phallic" in its non-gendered sense, meaning "relating to the sexual organs". For this reason, in addition to citing examples of religions which featured worship of the male genitalia, he studied those in which the worship of the female genitalia and the worship of human sexual union were practiced. Jennings did not limit his description of phallic religions to representations of genitalia or human coitus; he also wrote extensively on the human tendency to utilize natural things, such as snakes, the Sun, fish, and fire as symbols of phallism, and, with the establishment of sacred architecture in prehistoric times, to create specific forms of consecrated structures that had a phallic character, including megaliths, wells, obelisks, and the round towers of Ireland. He was particularly interested in the erotic temple architecture of India, but did not overlook even the humble phallic charmstones of California native tribes. His relish for these matters might seem unexpected in a Christian minister of his time period, but Jennings apparently saw no moral contradiction between studying the Bible and writing enthusiastic descriptions of lingam-in-yoni artifacts from India. In addition to the works to which he affixed his own name, Jennings is thought by some researchers to have written a number of anonymous volumes in the limited edition and privately printed "Nature Worship and Mystical Series", and possibly also to have written under the pseudonym "Sha Rocco."