The Seer: Volume I of The O Manuscript: The Scandinavian Bestseller (Paperback) 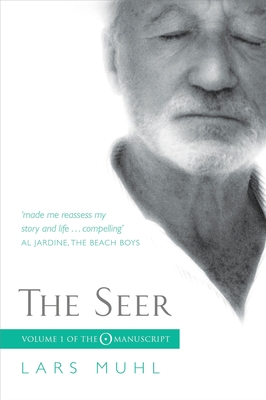 The Seer: Volume I of The O Manuscript: The Scandinavian Bestseller (Paperback)


Email or call for price
‘Everything mankind longs for is, and has always been, within his reach. If he would only acknowledge this there would be nothing else to look for. When this happens mankind will step out of his self-made prison and into reality’

We are all searching for something – sometimes we don’t know that what it is and for some of us the search reveals treasures way beyond what we ever imagine it would.

This book is about just such a search ….

In 1996 Lars Muhl was struck by an unexplained illness, which neither doctors nor alternative therapists could diagnose, in desperation he turned to The Seer who, after a single phone call brought Lars 'back to life'.

Intrigued by this mysterious man Lars travelled to Southern France to become his apprentice. This marked the beginning of a lifelong spiritual and philosophical quest to understand the interconnectedness of the cosmos and how past, present and future become one.

The Seer is a human being who is capable of not only diagnosing and curing people, no matter where they are, on the globe, but is also able to read 'The Book of Life', where the destiny of mankind is recorded.

‘This is my journey every word of it is true … but it is also meant to be an allegory, the lessons I have learned are universal’

The Seer is the first book in the Grail Trilogy otherwise known as The O Manuscript.
Lars Muhl is an internationally renowned author, speaker and healer. He is the founder and chairman of the humanitarian organization Hearts and Hands and, together with his wife Githa Ben-David, co-founder of Gilalai Institute of Energy and Consciousness in Denmark.
‘Made me reassess my story and life ….compelling’ Al Jardine, The Beach Boys