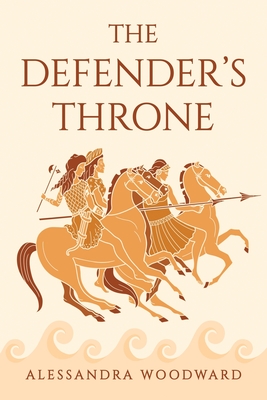 The ancient world reveres and dreads the fierce ha-mazaans. Now, an Oracle has prophesied their destruction.

Heir to the Defender's Throne in the refugee city of Themiscyra, Cyra is eager to fulfill her role as protector of the ha-mazaan sisterhood. Instead, she is betrayed, kidnapped as war-bounty, and shipwrecked with a handful of warriors in a foreign, hostile land.

As Cyra leads her people on a perilous odyssey home, she is forced to choose between new love and old loyalties, and between the old ways and the future she was promised-a future she considers a curse. Too late, Cyra will discover that those she trusts most are pursuing destinies of their own, and some will stop at nothing to see their treacherous prophecies fulfilled.

Will Cyra follow her heart, or will she yield to her prophesied destiny? And what will become of the ha-mazaans-and their legacy in history-if those two paths collide?